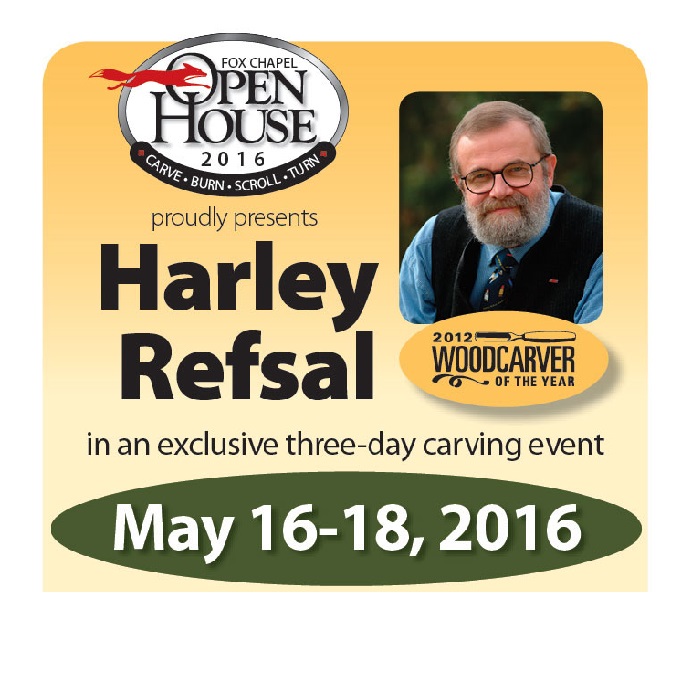 Learn caricature carving from Harley Refsal, the master of the flat-plane style. Harley will teach a three-day class at Fox Chapel Publishing’s headquarters in East Petersburg, Pa., on May 16-18, 2016. He’ll explain the basics of flat-plane carving and work with you one-on-one to be sure you finish at least one carving (experienced students might finish two or three!). Seats are limited to be sure each student gets quality attention during the class.

Harley Refsal has been researching and carving in the flat-plane style for four decades and helped  revive the style after it nearly went extinct in Scandinavia, where it was invented. Harley has taught flat-plane carving to thousands in America and Scandinavia, and received the St. Olav Medal from the King of Norway for his service to Norwegian folk art. He literally wrote the book about flat-plane carving (several books, in fact), as well as many magazine articles, and has been featured on radio and television programs about carving and folk art.

Tickets are available now for $300 each. Seats are limited.The class includes coffee and snacks; lunch is on your own. Call 1-800-457-9112 to reserve your place in this outstanding class.